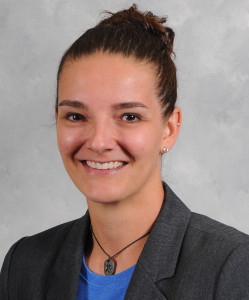 Growing up in Kitchener, Ontario, Keely became fascinated with the game of Ringette by the age of 6, back when girls “weren’t allowed” to play hockey. Her love for the game grew as she continued to be a goalie in Ringette and added in playing goal in hockey while attending the University of Toronto.

During her Ringette career, Keely competed in 19 Canadian Ringette Championships and won 9 gold and 8 silver medals. From 2000 to 2012, she was the goaltender for Team Canada, the longest-serving goalkeeper in Ringette Canada’s National Team history. Keely backstopped Canada to gold in 2002 and silver in 2000, 2004, 2007, and 2010. She was the MVP of the Final Game three times and ‘Top Goalie of Tournament’ in 2002 and 2007. Keely’s impact on ringette set the standard for those involved in the sport. In 2012, her leadership skills as a player were transferred to a new role as she became the assistant coach with Team Canada U19 West and with Team Canada starting in 2013.

While in university, Keely studied Psychology and Criminology before pursuing a law career at Osgoode Hall Law School. Pairing her first love of sport and second for law, Keely then became the first in-house lawyer for the Edmonton Oilers in 2006. As the company grew to become now what is Oilers Entertainment Group (OEG), Keely heads up OEG’s Legal Department and is a member of OEG’s Executive group.