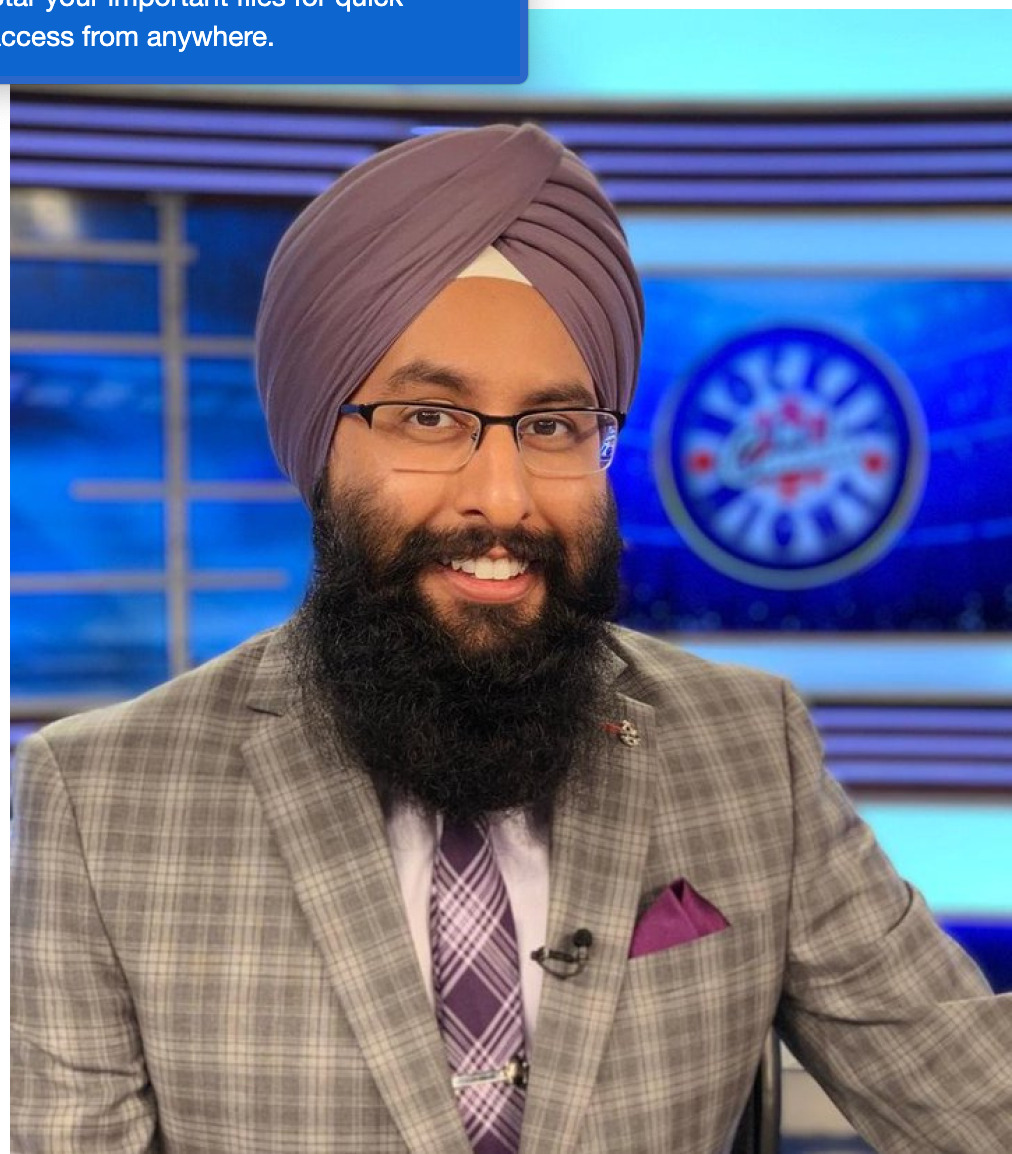 Born and raised in small-town Alberta, Harnarayan Singh has risen through the broadcast ranks as a prominent media personality in Canada’s favourite sport, challenging the status quo along the way.

Since his “Bonino, Bonino, Bonino” call on Hockey Night Punjabi during the Pittsburgh Penguins 2016 Stanley Cup run, Harnarayan’s story has spread throughout the hockey world, allowing him to host games for Sportsnet in English on a national level. As the NHL aims to grow the game in new markets and diversify its fan base, Harnarayan symbolizes the power sport has to unite people.

His growing list of accomplishments includes broadcasting over 700 NHL games and receiving the Meritorious Service Medal by the Governor-General of Canada. Harnarayan is the winner of the Brian Williams Media Award from the Ontario Sports Hall of Fame, along with an ambassadorship for the Chevrolet Good Deeds up and the NHL’s Hockey is for Everyone program. He also serves on the board of HEROS, a charity that uses hockey as a mentorship tool for at-risk youth.

His recent memoir, ‘One Game At A Time’ – My Journey From Small-Town Alberta to Hockey’s Biggest Stage, became an instant national bestseller, inspiring countless others through his journey of defying the odds.

Harnarayan lives in Calgary with his wife and two young children.